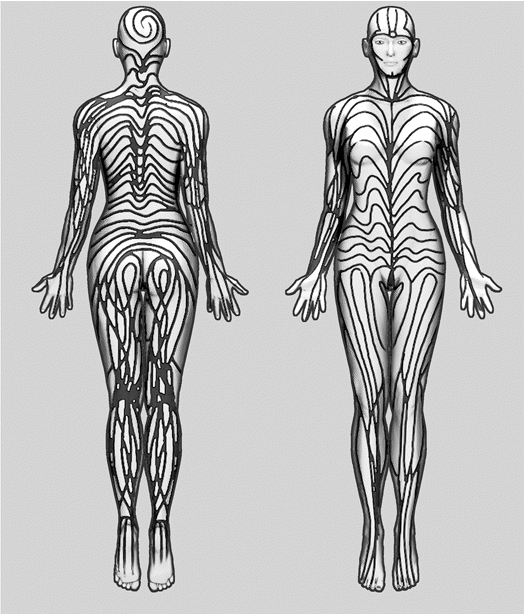 Tetragametic chimerism is a form of congenital chimerism. This condition occurs through the fertilisation of two separate ova by two sperm, followed by aggregation of the two at the blastocyst or zygote stages. This results in the development of an organism with intermingled cell lines.

Put another way, the chimera is formed from the merging of two nonidentical twins (a similar merging presumably occurs with identical twins, but as their genotypes are not significantly distinct, the resulting individual would not be considered a chimera). As such, they can be male, female, or have mixed intersex characteristics.

Can anyone verify the last part?I am doing some research, and that is fascinating. It change how people think about  intersex descriptions.

What if it were possible to begin to express pigment with these patterns, like an orchid or a tiger? It would be so neat if we could find a food source that naturally began to grow this pattern visibly. Skin tones are perceived as browns and such, but maybe the color could be unpacked and reveal, as it does under UV, hidden variations of startling complexity and beauty.

I think of colored water absorbed by a flower. I wish it were that easy. I want stripes.