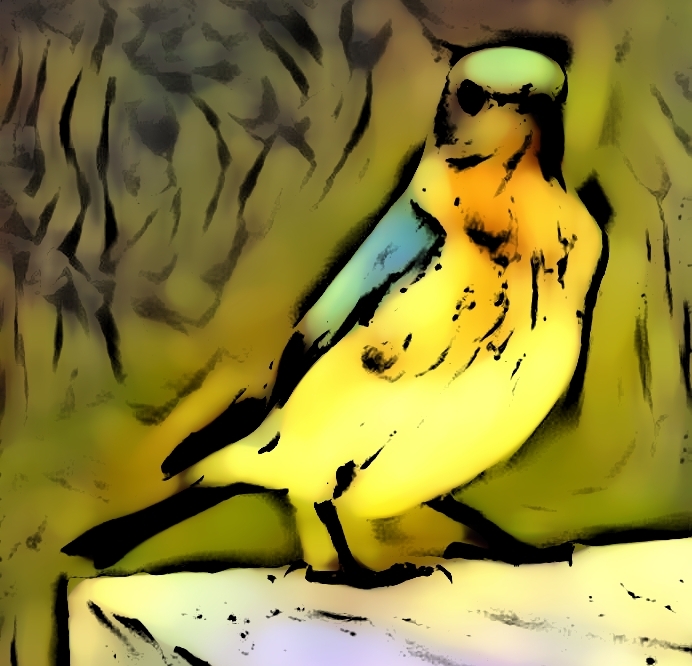 I was reflecting on thirty years of being pay-walled from software. In the 90s, I couldn’t afford CorelDraw and Microsoft Office. Those were my essential tools as a graphic artist and a writer with ADHD. I would go on to not be able to afford so many things, so many. Intoxicating, decadent poverty, it waltzed with me and my ratty clock with no face and five thousand hands.

I used a Brother electric typewriter. It had the power of a word processor. A line at a time on a liquid crystal display, free of paper could I clumsily edit my work. After I quit UGA, I wrote music journalism on it for drinks and tacos, sometimes booze. With PCs, a few years later, my role as editor, as proofreader, as copywriter, as content provider all slipped from my hands. Everyone with 512K PCs became writers, everyone who could afford the tools, the PCs and the software, the monitors.

So, I became a cook and a driver. I went full analog, unfugged. I couldn’t afford the jobs I took. These jobs made me homeless. Sometimes I worked and slept in cars and abandoned houses. These jobs destroyed my cars, my identity, wiped clean on many an occasion. The means of production superseded the value of the net gains. I stayed in restaurants so at least I could eat and smoke and drink. I lost ten years spending everything I had to continue working. You can live a candy bar away from Nirvana that way. You can be free, and oblivious to your own craven lunacy. You can ask bears, moose, dogs, fish, cats, snakes, squirrels, fox, deer, cows, horses, lambs, goats, chickens, and insects what they think. Try it. None of them speak Spanish, but I do. So, I wrote in English. I just kept it simple. I tried to work as many jobs as I could for ten years, but it stretched to 15 before I graduated from USF in 2004, then I wanted one final job.

I’m a goofy, snarky, white male. So, whatever is happening to me is milquetoast crybaby shite compared to minority groups, ex-cons, people that face more institutionalized discrimination than the average white poor man, but, at the same time, as a weirdo, you can count me out of just about any club you frequent, any place of recreation, any demographic involved in the economy. I have been solidly in the lowest 12% of wage earners for my entire life, along with the uneducated, the differently-abled, the vagabonds, not-Europeans, drifters, the forgotten elderly, the predominately immigrant and the legacy poor, abandoned souls the Senate could give two shits about.

I know that the Pandemic is going to take everyone down a peg, but it takes everyone down a little differently (or up, in the case of the perversely rich in the USA) . Don’t hate the players, hate the game. The game is old. It needs new rules, or we will lose civilization. Of that I am certain. Nickel and dimed, wrinkes in time, coffins assigned, out.

Now I waste all of my income maintaining websites, maintaining phones, and huffing subscriptions to software like glue out of a brown paper sack. I need CAD, I need websites, I need business email, pay-to-play all the way. About ten percent of my income goes to the desperate attempt at maintaining telepresence in the hopes that I can ‘get ahead’. I haven’t sold a single god damn thing in ten years through the Internet. Given, I never took advantage of resale market companies like eBay or Discogs or Amazon, except to feed the money back into the system (textbooks’ diminishing returns, classic). I could have sold some records, some books, some tools, some eyelids, some false idols, some tall saddles, some appalling rattles, some vintage garbage, some checked baggage.

One day I hope to break even. What’s the difference between indentured servitude and corporate welfare? Who pays the taxes, that’s who. I pay corporations to abuse me. It’s called taxes. I pay taxes on subsidies given to fossil fuels, to clothing manufacturers, to telecommunications and social media giants. I pay, and I lose. I pay to park. I pay to get blood tests. I pay to discover I have illnesses. I pay for treatment. I pay to breathe air and drink water. I pay to use transportation. This creates labor for the sake of labor, and. since there is no net gain from such an existence, it cannot reasonably be accommodated through governance owned by lobbyists.

Robots were supposed to free us, but the old Boomers just can’t seem to let that happen. Responsibility to “stakeholders” and debt barons has replaced the American Dream. We live in a corporate hegemony, a headless state. There is no one in control.

Pittsburgh vs the Snake Demon

“While Nixon publicly stated his intention to resume direct convertibility of the dollar after reforms to the Bretton Woods system had been implemented, all attempts at reform proved unsuccessful.” Lowenstein, Roger (August 5, 2011). “The Nixon Shock”. www.bloomberg.com. Bloomberg. Retrieved March 25, 2019. No shit? Color me unsurprised.

Here’s a boneheaded CPI chart that fails to account for substitutions, and fails to address the economic trends of rural people (sorry, rural people)

So, you live, you learn, you work, you die, repeat. In that circle of life, you have certain things which are more essential than others in order for people in society to complete critical paths towards perpetuity. You need wheels, you need food, you need your health, shelter, and clothes. Which ones are the most important?

Nobody’s in charge? “I’m in charge,” said Satoshi Nakamoto. But cryptocurrency is not able to penetrate many markets. You can’t directly turn crypto into a trunkful of groceries or a trip to the doctor, yet. I bought some gas with dollars yesterday, not Bitcoins, not fractions of Ethereum or whatever. I took bottled water to a parched youth soccer game when the players started to cramp and wither in the upper 80s heat. The coach thanked me brother with dollar bills. There will always be a need for petty fiat currency, so why can’t that be convertible?

Gold can be melted down. Paper has less use value than coin, and bitcoin is just data. Harvesting heat from hot servers seems like a losing gambit – not a lot of electricity, weathering of hot hardware. Money just isn’t worth much.

Scarcity of resources drive a lot of these changes. I would gladly trade material goods for unstructured time. You could pay me to not buy stuff. Pay me in clean air and water.

Employment Outlook for the 2020s

Tech and healthcare and computers, folks. The Boomers are going to lean on everything a little until 2029, and then lean harder.

We are going to need to address public transportation issues.

People wonder why I study IoT stuff. Prolly money. I’m about to start a microcontroller ecosystem in a couple of weeks after I finish a drone build.

I am going to build a Rube Goldberg machine this summer in a cabinet. More time in the shop means more painting, too. Bonus!

My theory is that Satoshi Nakamoto is actually Animal Chin, the mysterious rollersurfing master of Bones Brigade skaters. Get your bearings: The ramp was in the desert, the desert is made of sand, silicon is sand, microchips are silicon, mom’s spaghetti.