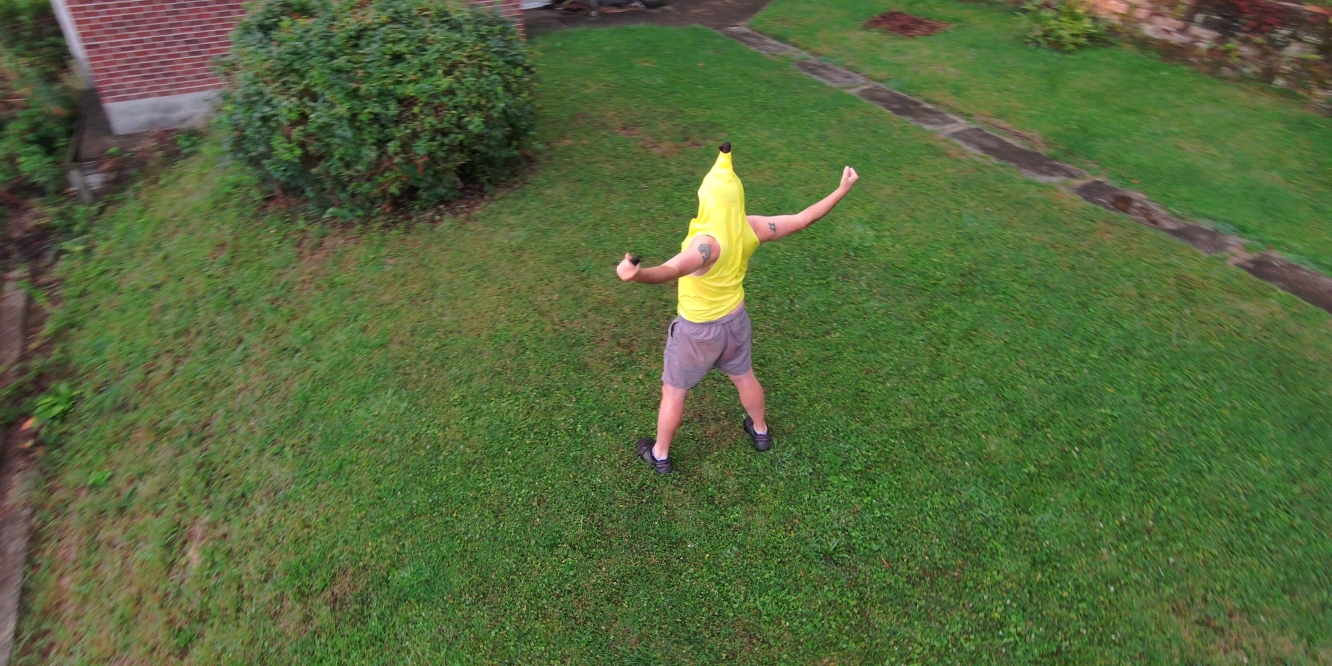 It feels like riding a bike. I have been focused on dropping pounds, and I stopped pounding grounds (coffee). I feel I am back into some deep flow I have been missing.

This run is part of the annual Latrobe, PA celebration of the birthplace of banana split, held August 25th. There are many activities and events happening in Latrobe and online.

I have been able to get a sub 10 minute/mile 10K because of Isaac at the Banana Split Festival Headquarters. An unexpected benefit of collaboration: health and happiness.

I actually ran two 10Ks for this event, with my qualifying time submitted on the 17th. The first run was a disaster. It was also hilarious. An hour break to hang out with people is atypical of a fartlek, but obviously achievable with the proper motivation, namely, death by heat stroke.

My favorite reaction while actually running it yesterday was from a kid yelling and pointing from a driveway,’ MOM IT’S A BANANA RUNNING DOWN THE ROAD!’

My favorite moment was getting water from a nice dude at an American Legion after the heat zapped me at mile 4 – it was 87• and my first 10K in 20 months. I am going to submit Fitbit screenshots to show how I basically collapsed at mile 4, got some water, and then finished it. I have to get to that point of heat acclimation, and then push on through. Luckily, I can do that. Heat training allows me to run harder over longer periods of time at a sustained rate of motion. Within that interval, I am regularly speeding up and slowing down as I adopt minute changes in posture while running to use different muscle beds. Over time, posture erodes, and speed decreases.

People at the American Legion were pretty cool, and I was just chatting with them and trying not to pass out, and then I felt better and beat feet. I was aware of how utterly ridiculous I appearedI used to run brutal races 2010 – 2018. I was once, I told them pouring sweat onto the concrete patio outside, in an Out and Back marathon in August in Cairo, WV where things got sideways because of the heat. The organizers ran out of water, and the aid stations were abandoned for the last eight miles on a remote rail trail. The race was for charity, for a kid who had raised money for another kid who was suffering a possibly fatal medical condition, then he himself got cancer. I was running for that kid. I finished all cramped up, but recovered to hand out participation medals because the volunteers fled. That freed a body to find water. I placed 8th.

I usually get zapped around mile four to seven my first hot run of the year, and then I am used to it. There’s an anticipated shock (acclimating to cold runs, same deal), and then an interval of safe running that decreases over time, and as it becomes hot and humid. If facing many other obstacles, heat training becomes a reliable constraint to help me finish strong.

I was thinking about all of that stuff while one guy was telling me he ran 5 miles a day. Another one told me he did all his running in the Marines. Either way, running is good. I pulled the top part of the banana suit over my head and stood up.

One guy said, oh no, you’re not running again are you? Of course I was. I said thanks and goodbye and headed out into the heat again. My Fitbit picked up my heart rate and resumed the distance tracker for my 10K goal. I met it somewhere on the other side of the river about twenty minutes later.

I ran the second 10K on flat areas on both sides of the river. I ran approximately 6.3 miles, but immediately mounted about 10 flights of stairs, then jogged and walked a bit while I cooled down.

This race will get me on track to run ultras again. Ty, Isaac!